Many successful cartoons had their own sticker album. Dino-Riders actually had two different ones - a very common German sticker album and a much less common U.S. sticker album. The basic idea behind both was that you would buy the album and then buy individual sticker packs to complete the album. The album had numbered boxes that indicated where the stickers were to be placed.

German Sticker Album: There were 240 stickers in all and each pack came with 6 stickers. The stickers were basically screen captures taken from the first two cartoon episodes. 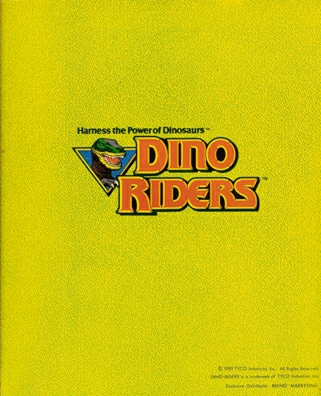