The premise of the Dino-Riders story is the classic good versus evil. The good guys, known as the Valorians, were a super human race from the future who lived peacefully for many years until they were unexpectedly attached by the evil Rulons, a race of alien-like/humanoid creatures attacked them.  The Rulons, in their spaceship known as Dreadlock, used their “tractor beam” to try to annihilate the Valorians and their spaceship. The Valorians attempted to flee the Rulon assault by utilizing the Space Time Energy Projector (S.T.E.P.), which is basically a time travel device. Of course, something goes wrong and the Valorians are transported back in time to the age of the dinosaurs.

Once on earth, the Valorians quickly befriend the dinosaurs through the use of their amplified mental projectors (“AMPs”), which are necklaces that allow the Valorians to telepathically communicate with each other and with animals.  Unbeknownst to the Valorians, the Rulons also traveled through time when the S.T.E.P. was activated. The Rulons, led by their evil leader Krulos, enlisted the help of the dinosaurs via brain-boxes, which are brainwashing devices.  The Rulons quickly launch an assault on the Valorians, who in turn, successfully fight them back with the assistance of their new dinosaur friends.  After their victory, the Valorians, led by their leader Questar, declared themselves Dino-Riders and the battles waged on . . .

A total of 14 cartoon episodes were produced. Three of them were produced on videotape in the United States. The cartoons were heavily based on the toy line. Tyco actually used the cartoons as a way of advertising and showcasing the toys that it hoped to sell to millions of kids.  In fact, entire episodes of the cartoon were often devoted to a single toy. The cartoon animation was generally well done and the episodes well written.  The whole concept of combining futuristic weaponry and prehistoric dinosaurs translated very well into the cartoon genre.

The cartoon aired on Saturday mornings in the U.S. as part of the Marvel Action Universe. Here is a picture of an advertisement for the cartoon: 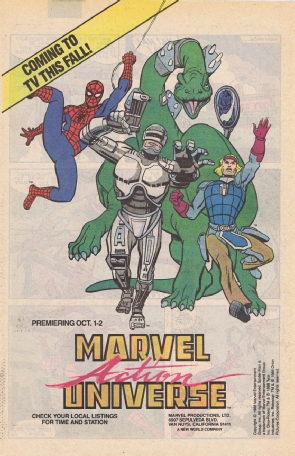